Far too often, women are looked over in the world of education. Even more often, black women are completely forgotten about in the history books when it comes to being leaders in the education field.

Today we are going to talk a little bit about Inez Beverly Prosser. She was born in Texas in 1897 and is known as being the first Black woman to receive a Ph.D. in psychology. She was able to fight against racism in the south in order to help other black students succeed and even did her dissertation on the role that racism plays in the development of a Black children’s personalities. As a black woman, she often accepted minimal wages for work that rivaled or exceeded that of her white colleagues. 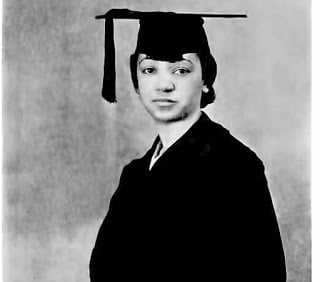 Prosser earned her initial teaching degree in 1913 and worked her way up in the education field, taking various teaching and coaching jobs, including assistant principal of post-secondary schools. Eventually she earned her masters degree in education psychology and accepted a position at Tillotson College, a Black college in Austin, Texas. It is here that she dedicated her efforts to the educational and psychological development of Black students. This passion led her to apply for and be accepted into a Ph.D. program at Cincinnati University. She received her doctorate degree in educational psychology in 1933. The significance of Prosser's research and dissertation was that she concluded that race and racism play a role in the development of one's personality.

She was a critical voice for the Black community at a time when women academics were scarce and rarely taken seriously. Prosser's contributions to the improvement of education for all students can be felt in many policies still being used throughout the teaching community today. Sadly, she died in a car accident just one year later.